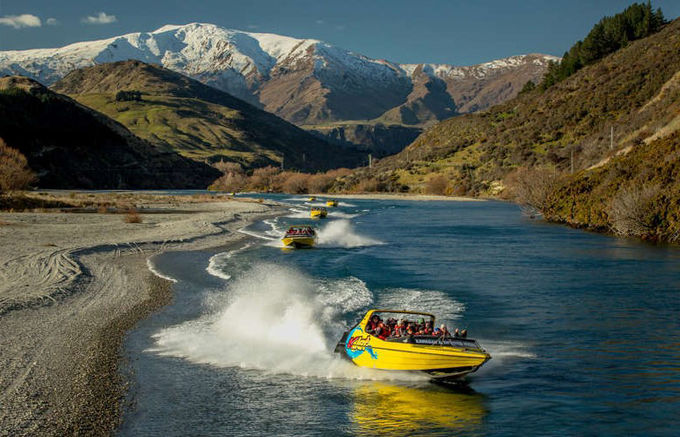 It was 1958 and the Hamilton ‘jet’ boat was a revolutionary new style of boating when the first paying customers hopped aboard the Melhop family boat to experience a jet-powered crossing of the Kawarau Falls dam. At five shillings per ride, holiday makers were soon lining up for the thrill and Queenstown’s first adventure activity was launched, turning Kawarau Jet Services (now known as KJet) into a name synonymous with pioneering adventure tourism.

Those first trips were highly successful fund raisers for a Queenstown-based Christian camping trust which went on to invest in the operation. Operating originally from the Frankton end of Lake Wakatipu, the company moved operations in 1960 to Queenstown’s Main Town Pier, from where it still operates today.

eastern plains. Today, it’s still the best way to experience those rivers and no New Zealand adventure holiday is complete without a high-speed spin on the waterways. KJet operates excursions on three Queenstown waterways including the Kawarau and Shotover rivers with their challenging shallow braids, rocky canyons and turbulent waters.

The 60-minute jet boat ride reaches speeds of up to 95kph with 360° spins on a scenic 45km journey. The company was the first to implement roll bars on the jet boats to provide rollover protection. These are now a benchmark safety standard for all commercial jet boats, continuing the tradition of innovation. The first twin-engine jet boats were launched in 1995. The company has four distinctive yellow twin-engine boats which now have heated, shock absorbing handrails and padded seats to keep passengers comfortable and warm during Queenstown’s coldest winter months.

Milford Sound’s original cruise operator Southern Discoveries purchased a 50 per cent share in Kawarau Jet Services in 2011 and the company rebranded to KJet in 2012. 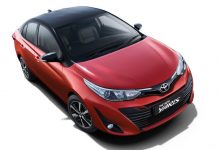 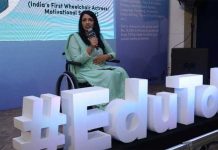 McDonald’s Inaugurates its First Restaurant in the City